One of the most ancient types of needlework of allTimes and peoples is embroidery. Each nation had its own, unique kind of sewing, introducing its own national elements, so this folk embroidery is known under the name of traditional, for example, Tarusa embroidery or Hungarian. A person who understands well in it can immediately determine by the characteristic features of the drawing, to which folk tradition the embroidered article relates.
Bright, juicy geometric figures speak ofThat we have Florentine embroidery, floral, convex curls in pastel colors - French embroidery, voluminous surface - Brazilian embroidery, silk smoothness - Chinese embroidery, strict geometric ornament with a red thread - Chuvash embroidery. Each of the applied techniques was called the people or area in which, for example, Indian embroidery or the Moscow seam, known to all seamstresses, developed. The easiest kind of counting technique is the embroidery of the Bulgarian cross. In the modern world, the cross-stitch technique is also popular among needlewomen of all nationalities. Embroidery of the peoples of the world is one of the most interesting research materials for those who are interested in this kind of needlework. Similarly, the ancient embroidery, stored in museums of different countries, is a very interesting subject for study, especially Suzhou embroidery. 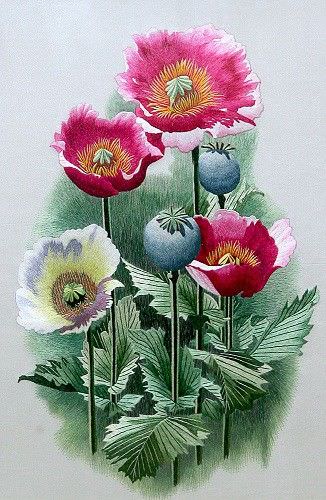 The homeland of this type of needlework is AncientChina, so the very first was known Chinese embroidery, it is attributed to about 4 -5 century BC. E. It was sewing on silk fabrics, since it was in the regions of China that silk fabrics were first produced. The main embroidered patterns were elements of nature, animals, birds (Suzhou embroidery), oriental hieroglyphics and patterns, ornament, traditional Chinese flora and fauna. In the modern world, interest in the traditions of China does not decrease, so various items in the Chinese style are very popular: clothes, dishes, interior items. Chinese embroidery is considered to be one of the most exquisite and refined. The most famous and ancient is Suzhou embroidery. It used only natural materials - silk fabrics and threads, the stories were embroidered with polysyllabic, with a large number of colors and shades, with the wrong side without a single nodule, as well as the facial one. A neat Moscow seam is very close to this technique. Chinese exotic motifs also used Jacobin embroidery (a smooth surface, made with woolen threads).

A Brief Overview of European Needlework Brazilian embroidery Florentine embroidery"Bargello" (sometimes this name borrows Italian embroidery). This technique is characterized by bright, juicy colors, among the patterns dominated by ornament, zigzag, geometric motifs with smooth transitions. In Italian, the name of this technique is translated as "embroidery." It uses only a straight stitch with wool threads.
According to the brightness of the flowers, Slavic Tarusa embroidery and Hungarian are close to it.
Exquisite French embroidery technique. It combines a lot of decorative species - rococo, richelieu, buti, cross and cross-stitch embroidery, smoothness and other seams.
Original Brazilian embroidery. It is very often used French Rococo, along with other types of seams. This surface technique, which elevates the pattern on the fabric. It is dominated by both bright and pastel tones, motifs are embroidered floral and vegetable, sewing is done with silk threads on a thin fabric (like Suzhou embroidery). In European embroidery is represented, in general, the smooth surface, but also cross stitch is also found.

How the embroidery of the peoples of the world was applied Both in Russia and European countriesThe initial application of stitches was the combination of pieces of cloth that were used in clothing. To fold the fabric, for example, the Moscow seam was used. The stitches were simple, practical, and the wool of animals was used as a thread.
The application of embroidery was everywhere: In bed linen, everyday clothes, in religious vestments. On any textile product it was possible to embroider beautiful patterns, everyday scenes, elements of nature, traditional ornament of Russian embroidery. Bulgarian Cross In addition to the aesthetic side,Embroidery bore the same sacred meaning and had its own purpose. The ornament was located, mainly, on clothes in places of contact with the outside world: sleeves, collar, headdresses and performed the role of amulet. Patterns of ornaments were usually embroidered with a cross, which was given magical power, the name of the cross was also used in the names of techniques (embroidery by the Bulgarian cross).

Needlework of the pagan period in Russia is almost allIs a magical amulets that protect people from hostile forces. Russian clothes were all embroidered with these sacred symbols, the main products for such sewing were metrics, towels, Ukrainian embroideries. The main elements of embroidery of Russian folk ornament were geometric figures - a rhombus and a cross. The rhombus was a symbol of fertility, the sun, the cross possessed a magical power to drive away evil spirits and to remove spoilage. Gradually, cross-stitching ceased to carry sacred significance and serve as a magical amulet. Modern cross-stitch embroidery is simply a beautiful and fascinating kind of needlework, carrying rather aesthetic load. Although, even now in some settlements, Russian folk embroidery bears the character of amulets. At fairs of folk crafts, you can often see such clothes in the Old Russian style, very often it uses embroidery by a Bulgarian cross. In modern fashion collections, the Russian style still remains very popular. With the adoption of Christianity in the embroidered work, Christian motifs are introduced, crosses are embroidered with icons and vestments, religious objects, and elements of everyday life. Embroidery becomes more expensive kind of needlework, with the use of expensive threads and precious stones. The richest and most beautiful Russian embroidery. Its flowering occurs in the 16th - 17th century, when the nobility decorated her clothes and headgear with precious stones. Gold embroidery with pearls was used to decorate the interior, horse harnesses, in festive clothes. This type of embroidery was considered one of the most difficult, so it could only be owned by a skillful needlewoman, some craftsmen learned this skill in monasteries, sometimes the nuns themselves were experienced embroiderers. Precious threads embroidered floral ornament, fairy-tale creatures, multisyllabic floral compositions, while using not only cross-stitch embroidery, but also combining various seams, which gave the product refinement and originality. Now such ancient embroidery with gold and stones has been preserved only in museums or private collections. According to the story line, the Jacobin embroidery is very close to it, the Moscow seam was used to process the finished products. Ukrainian embroidery Slavic, Ukrainian andRussian embroidery combines the application in the work of a small number of colors, geometric and floral ornament, the use of cross stitch. Especial attention deserves vyshyvanki - national women's and men's shirts. Images on them were given a sacred meaning (protection against damage, wealth and fertility). The main element was a rhombus, the most popular Slavic symbol, and an eight-pointed star. In different areas different types of seams were used, Ukrainian craftsmen used cross-stitch, cross-stitch, smooth, and cross-stitch embroidery, black, blue, and yellow were added to traditional red threads. Embroidery was made, mainly on a white or gray background. Karelian embroidery A special feature of Karelian embroidery is the use of threads of the same color.
Many nationalities use one color in their work,Such an example is the Mari embroidery. Patterns were embroidered with a red thread over white or gray fabric, if sewing was through-white on white. In the first case, a simple but exquisite canvas was produced, in the second one - openwork embroidery.
The needlewomen used such techniques asCross, set, flooring on the grid, double sided seam, tambour, combination of tambour and set. The embroidered canvas produced a straight drawing with geometric figures, an ornament was embroidered as well, with a multitude of crosses and eight-pointed stars, the patterns were combined into complex compositions. In addition, plant motifs, people, and animal birds were embroidered. Mari embroideryKarelian embroidery is veryLaconic, but, nevertheless, very popular among needlewomen. It is very similar to the Mari embroidery. It used cross-stitch embroidery technique, the color scheme consisted of red, blue, green and black colors. Patterns clearly stood out on the canvas thanks to straight lines. According to the color scale, the Tarusa embroidery is close to the Mari. It used a color transfix, inserts from the flooring, a white line.

Embroidery of central and southern areas

Vladimir's embroidery. For these regions is typicalGeometric ornament, using a lot of bright threads - crimson, gold, scarlet, besides it embroider plants, animals, people. In the southern regions, a colored perch and a countable smooth surface are used, the Moscow seam, a white stitch with bugs, a spider web, air loops, sometimes colored threads join it. It was a bright and beautiful embroidery, pleasing to the eye. In these areas, embroidery was practiced along black silk, using gold threads. One of the most famous in the central region is Vladimir's embroidery. Its main element - a large stitch smooth (Vladimir stitch), embroidered various ornaments, it was made with a red thread, with the addition of other colors. Moscow seam, referring to these regions, and now actively uses seamstresses and needlewomen, it was previously performed manually, now it can be easily performed with a sewing machine.