Fixtures from the branches of the Bichos series of Portuguesedesigner Martinho Pita (Martinho Pita) - a great example of natural and environmental design. The Portuguese word "bicho" means a strange living being or creature. It is not surprising, why a series of luminaries received such a name, because each lamp resembles some alien creature, an unknown beast from the distant past, future or parallel worlds. Fixtures are made by hand from the branches of Portuguese holly. The nature gave the unique form to the branch, the designer had only to mute the surface, drill a hole for the cord and screw the bulb into the cartridge. A light bulb crowns the lamps from branches, like the head of a living being, and an electric wire in a bright shell resembles an artery in the body through which the life-giving energy flows. No tree of the Portuguese holly was damaged for the sake of creating these extraordinary lamps, only branches specially cut for the health of the tree were used. By the way, this kind of wood, long used by people, is known for its hardness and good properties as a fuel. 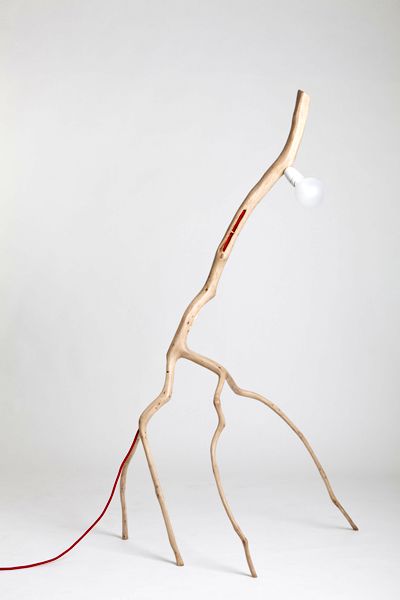 Homemade lamps from pipes and fittings

Fixtures from the piston from the engine the hands