Before the arrival of the New Year everyone is doing crafts withsymbolism of the coming year according to the Eastern calendar. 2016 is the year of the fiery monkey, so I want to show you ideas for crafting with children - at home, at school or kindergarten. When I suggested to my Yarik to make a monkey, he reminded me of our funny story: when we were living in Thailand, we went on an excursion to the city of Hua Hin and visited the monkey mountain (there live and free run a lot of monkeys). We fed them there bananas, and they seemed very nice to us at first. But, a little walking among the living monkeys on the mountain, who now and then tried to jump up to my sunglasses, then to the iron can of cola, they just stuck us on all sides, not letting go, it became uncomfortable ... And already at the exit, one monkey decided to attack Yarik (he was then 5 years old). Siped on him, jumped, the child ran around in a circle from her, and then a local dog came running and drove away all these crazy monkeys! The sight was shocking! These monkeys are very unpredictable))) So it's better to cajole them and make nice crafts so that next year nobody was attacked by such hissing unpredictability. Child creativity of paper: We leave the handprint and draw the monkey head and tail: A monkey of two bottles and a wire: For festive decor of paper: 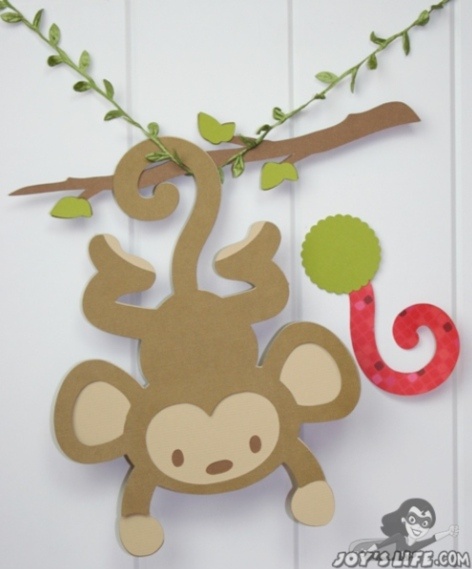 A little animal from felt for finger games with a baby and just cute monkeys: Such a pretty monkey with his own hands is able to make a baby himself from cardboard: From a roll of toilet paper: Feed the monkey (such a box can be put for guests on New Year's Eve - let them put up a penny for good luck in the new year): Muzzle from a paper plate:

See also: masks and costumes of the monkey with their own hands. These are not complex crafts - a symbol of the year 2016 of the monkey you can make with the kids themselves.

The mask and costume of the monkey with their own hands. Symbol of the year 2016.

Toys with their own hands patterns. The symbol of the year 2017 is the cock.

Crafts with children in 3 years. Paper flowers with their own hands.