Each of us hopes that his invisibilityaccompanies the guardian angel, saving from mistakes and saving from misfortunes. You can create an angelic company with your own hands. Let them fly under the ceiling, hang among the Christmas tree toys and help us live. One origami angel with our problems can not cope. 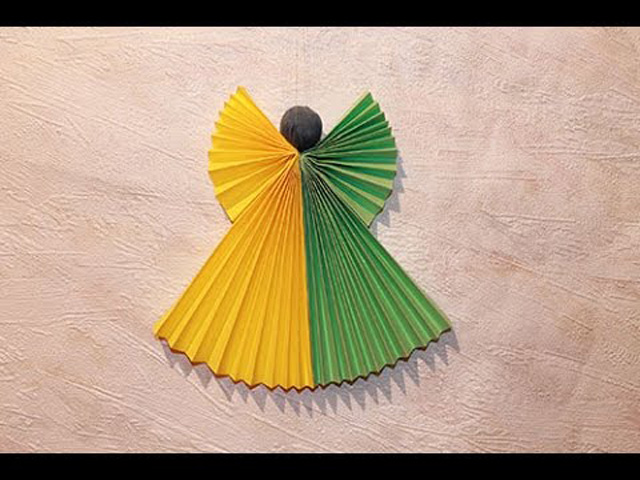 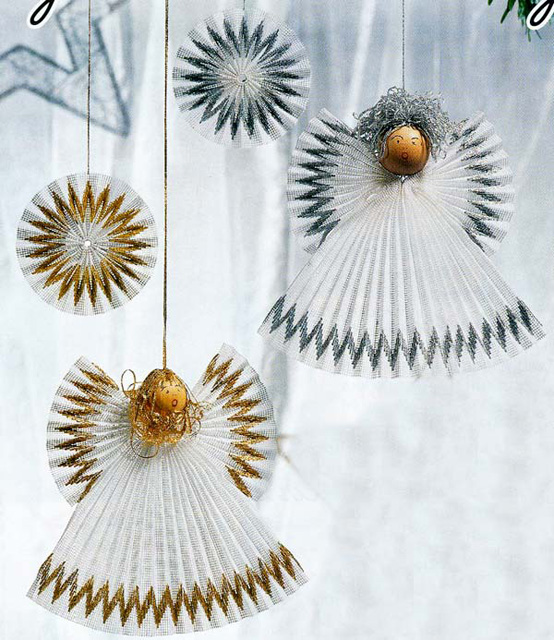 In order to make such a patron,You only need a piece of white paper, scissors and a template, which you can print from the photos presented. Increase its size and start to work. Your first defender is a fair-haired girl inRussian colored sarafan. Cut it in a stencil, decorate it or entrust it to your child, brother, sister. Cut through the indicated places for hands and pierce the hole on the halo for the thread. Fold the cone with a sarafan, crossed the wings in the cuts. You can fix a piece of scotch tape from the inside of the cone. Put your hands in the slots, tie a string to the nimbus and hang the hand-made article on the tree. The second origami angel is also a girl in the airwide dress. Pay attention to cut only the solid lines. The dotted line shows the folds of the paper. And you need to bend the details of the wings, skirts and stars to give them volume. Thread the thread through the halo and hang the angel with the stars. By the third template of white paper, you cancut the trumpeting angel. Fold a piece of paper in half and cut out the workpiece. Unroll, throw his hands forward, bending the pipe as shown in the photo, fold again and spread the wings. An oddity from the "accordion"

The order of performance of work 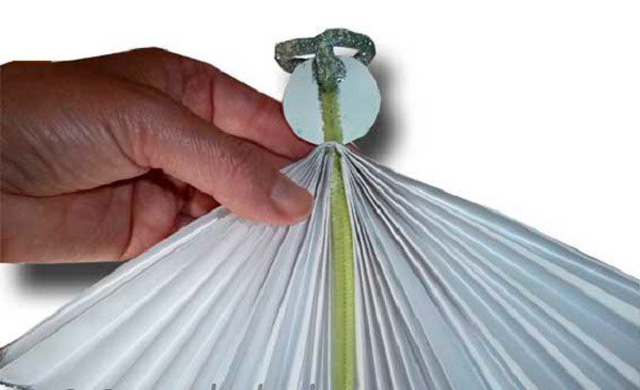 This video is very lucidly told the schemeassembly and shown clearly how one can make a sheet of paper of a voluminous origami angel with wings and a hood. I advise you to take a little leaf for the first craft, as in this work there are a lot of small details.

The connection scheme of the modules is as long and difficultis described in words. It will be easier and clearer if you watch a good video clip with a master class on making an angel from the modules. However, this figure is no different from a simple snowman. The only difference between them is the halo and wings. Here you can see the scheme for assembling the wings from the modules. Look at the similar master classes:

How to make a machine made of paper, origami typewriter, schematics / Toys yourself, patterns, video, MK

How to make a tulip: origami, from plain paper, from corrugated / Toys with own hands, patterns, video, MK