Weave three-dimensional figures of animals from beads -fascinating occupation, and simple schemes make it accessible even for beginner needlewomen. One of the most popular options is a crocodile made from beads, you can make it literally in 20-30 minutes. 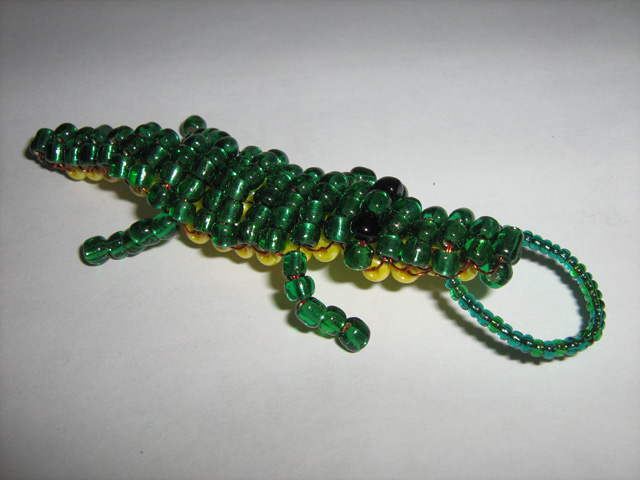 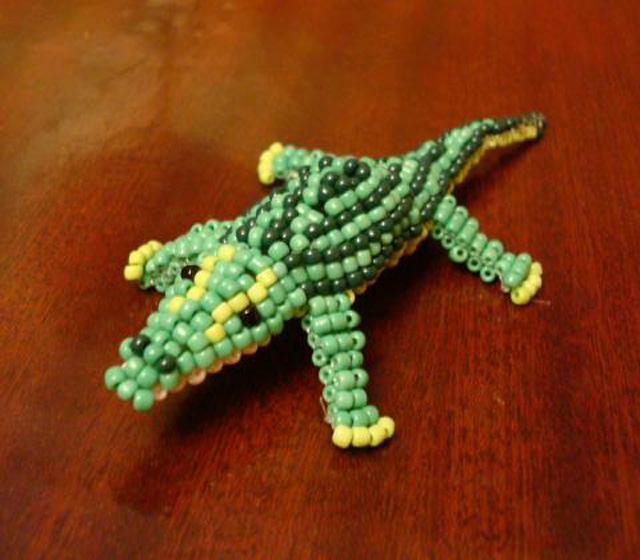 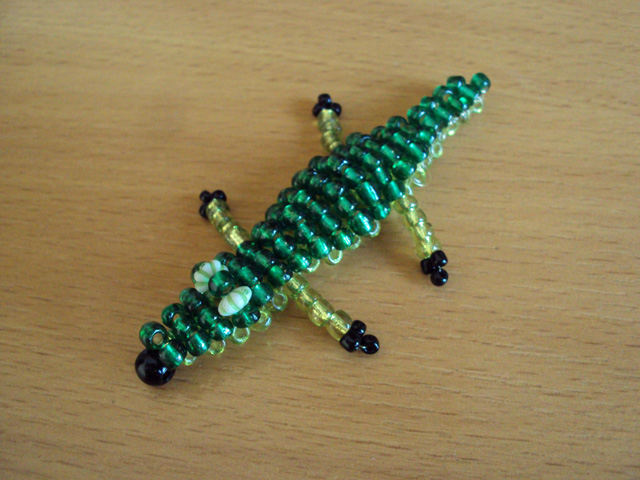 To make a small keychain in the shape of a crocodile, you will need:

In addition to the basic items, you will need scissors and containers, from which you will be more handy to take the beads.

Scheme of weaving of the crocodile

Crafts in the shape of a crocodile are made byparallel weaving. To make the figure turn out to be three-dimensional, it is necessary to type both beads on the line simultaneously for the bottom and for the upper part of one row, and then connect them to the ring, stretching the line through all the beads designed for the bottom of the row. The use of two colors will help not to get confused and make the handy more interesting. If you start creating a model from the tail and use a green color for the back of the crocodile, and for the tummy is light yellow, the sequence of weaving will be as follows: Do not forget to tighten both ends of the line (wire) before fixing it.

Make a crocodile more natural and original, you can slightly modify the scheme of crafts as follows: Such a maneuver can be done only by using a wire, the line will not keep its shape.

Weaving the crocodile according to the scheme is not a difficult task, but it is important to take into account some of the nuances:

Use a crocodile of beads for decor can be in two ways: put on the stomach or put on the legs, if it was woven from the wire.

How to make a mouse out of beads, weaving scheme, video / Toys yourself, patterns, video, MK

New Year tree of beads, how to do, ways, schemes / Toys with own hands, patterns, video, MK

How to make a crocodile from beads: a weaving scheme (video)