Real craftsmen, seriously carried away by skillweaving from many small colored rubber bands did not stop there, using only the tools offered by the creator of this type of creativity, namely the machine and the slingshot. Today one of the new trends in this art is the weaving of jewelry with the help of ordinary table forks, and I must say that thanks to these simple devices, the decorations are no worse than those that are created by all the rules. So I decided to tell you how to weave a beautiful wide bracelet on a fork, called a rainbow. Of course, it is more difficult to create such decorations than those that I told you about earlier in my master classes, but you can also master this "science" by each of you if you carefully follow the instructions and description attached to each step-by-step photo.

So, to weave a wide bracelet on the forks "Rainbow" we will need: 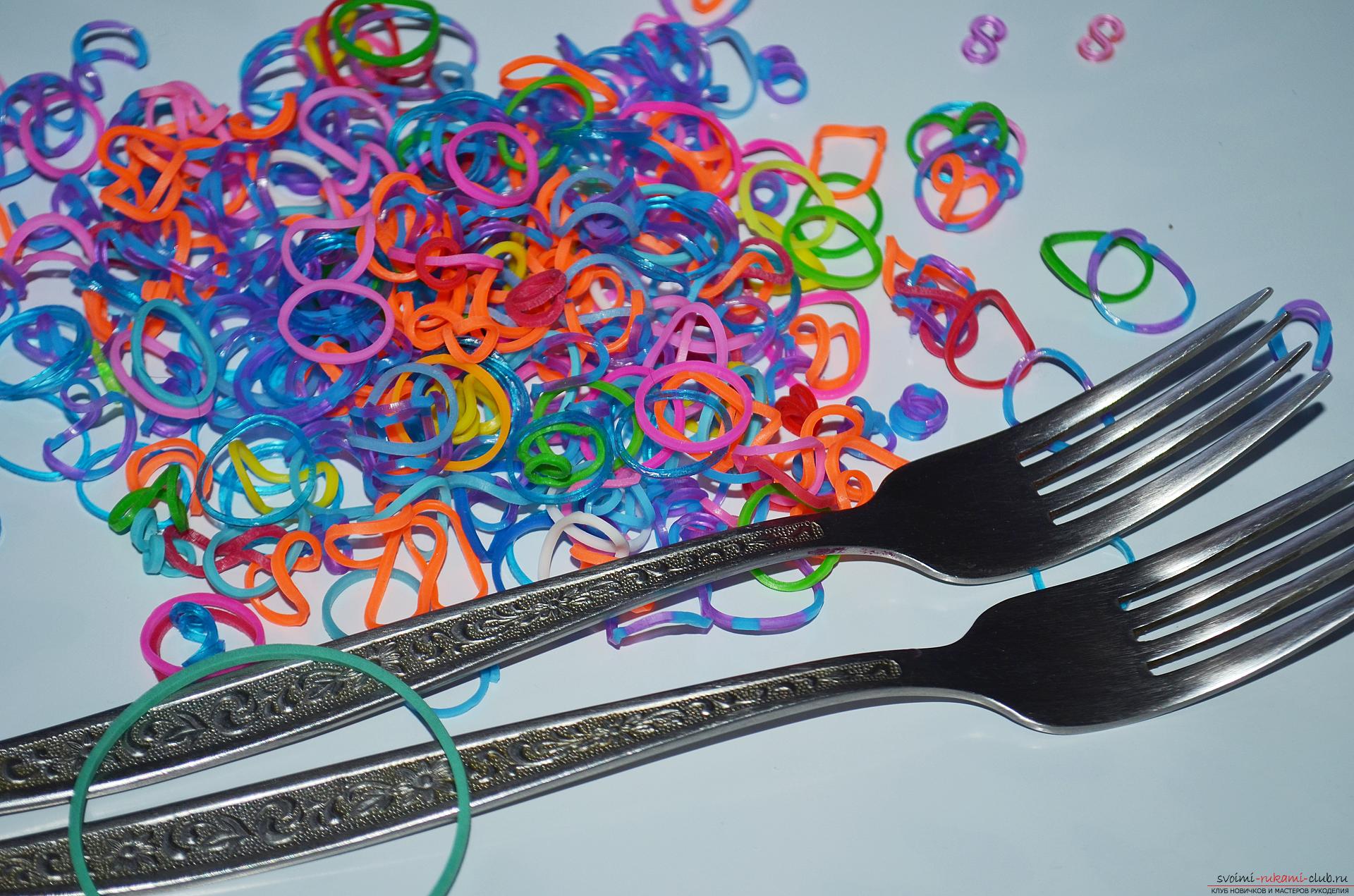 1. For starters, we need to make our improvised weaving machine out of forks. To do this, we take two completely identical in size and shape fork, lay them crosswise, so that their bases form a single row and tightly fix them in the place of crossing with a clerical rubber band. Also for these purposes, you can use ordinary scotch tape. 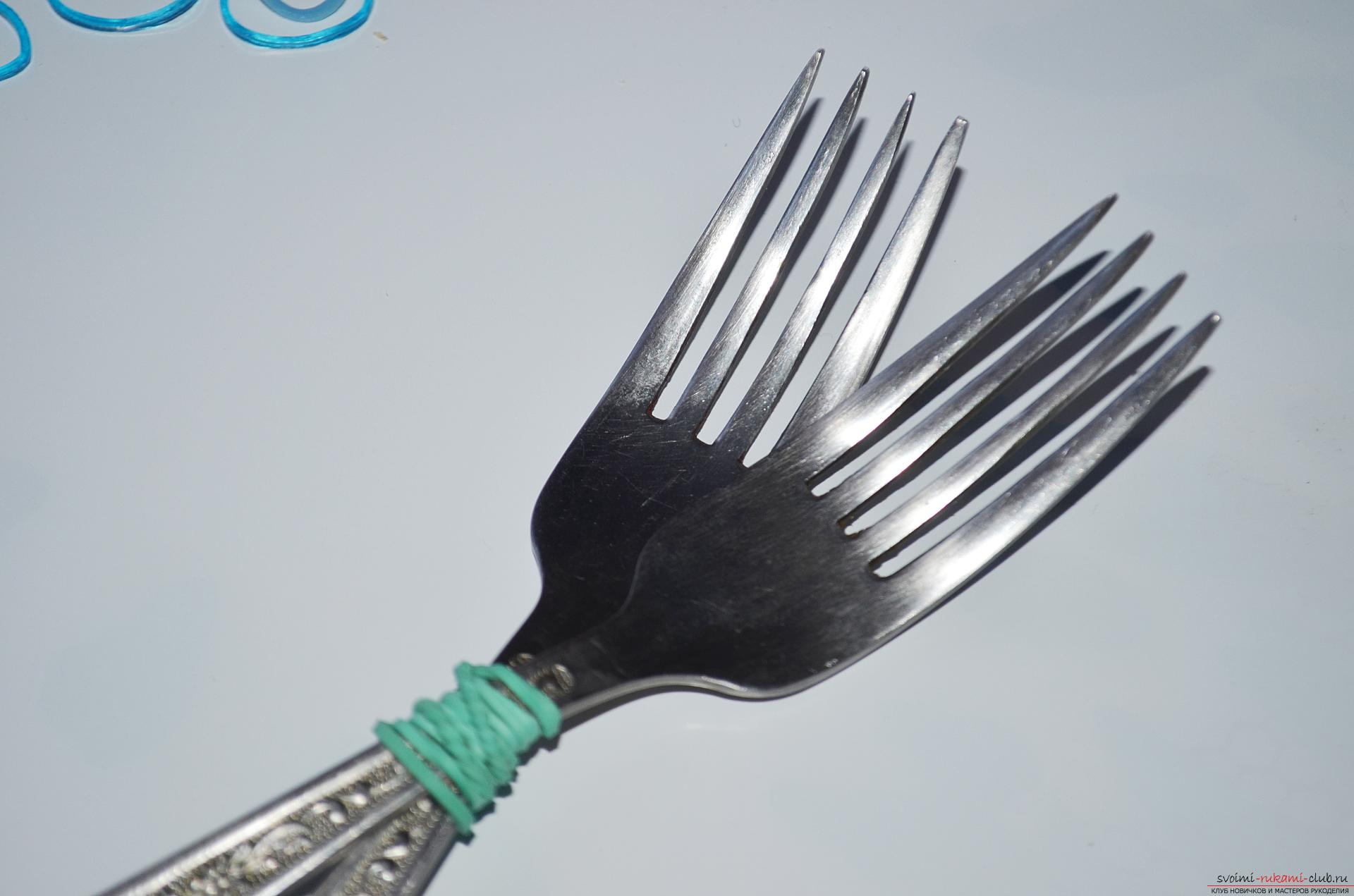 3. Then we take one more rubber band green and throw it, without first twisting it to the second and third prongs of the left fork, pulling it down to the base. 4. After that, keeping all our devices from the forks in the left hand, with two fingers of the right - with the big and forefinger we tear off the bottom rubber loop from the second prong of the left fork, lift it up and remove it from the prong back. 6. The last rubber band of this row is put on the second and third teeth of the right fork and also we take off two rubber loops of the previous row. 7. So we got the second row of the future bracelet. 8. In order to weave the next row, we also take the green rubber band and put it on the first and second teeth of the left fork and do the operation we already know about the previous row, described in detail above. 9. The next elastic band is put on the third and fourth teeth of the left fork and we also drop the rubber loops of the lower row through them. 10. We put the third elastic band on the first and second teeth of the right fork, and the fourth on the third and fourth, and also alternately turn off the lower rubber loops from them. So we twisted three rows of bracelet, green rubber bands. 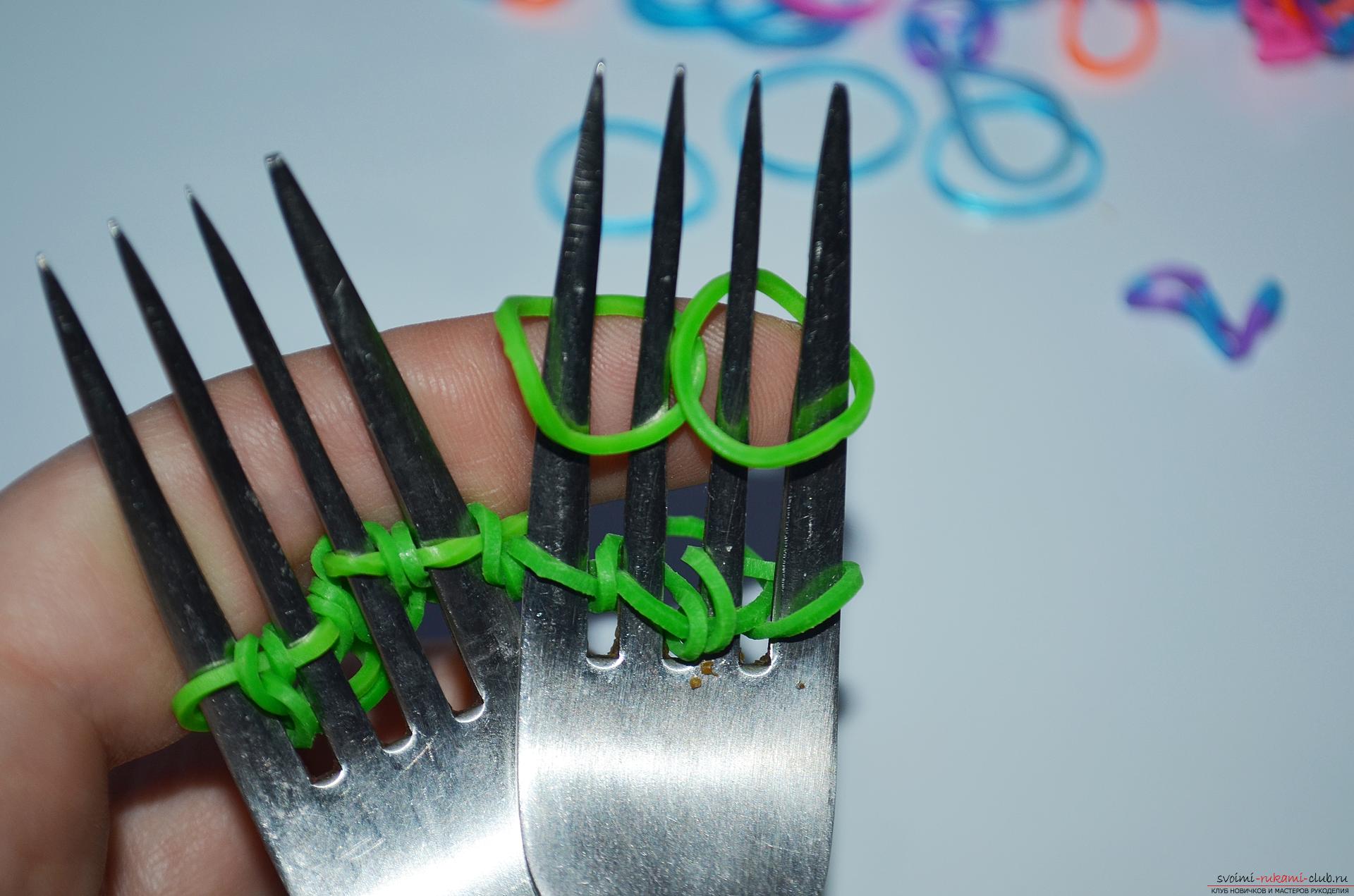 11. Pay attention, then the elastic bands of each subsequent color, we will also use in three rows in a row. To do this, we chose the yellow color, we weave the following three rows. 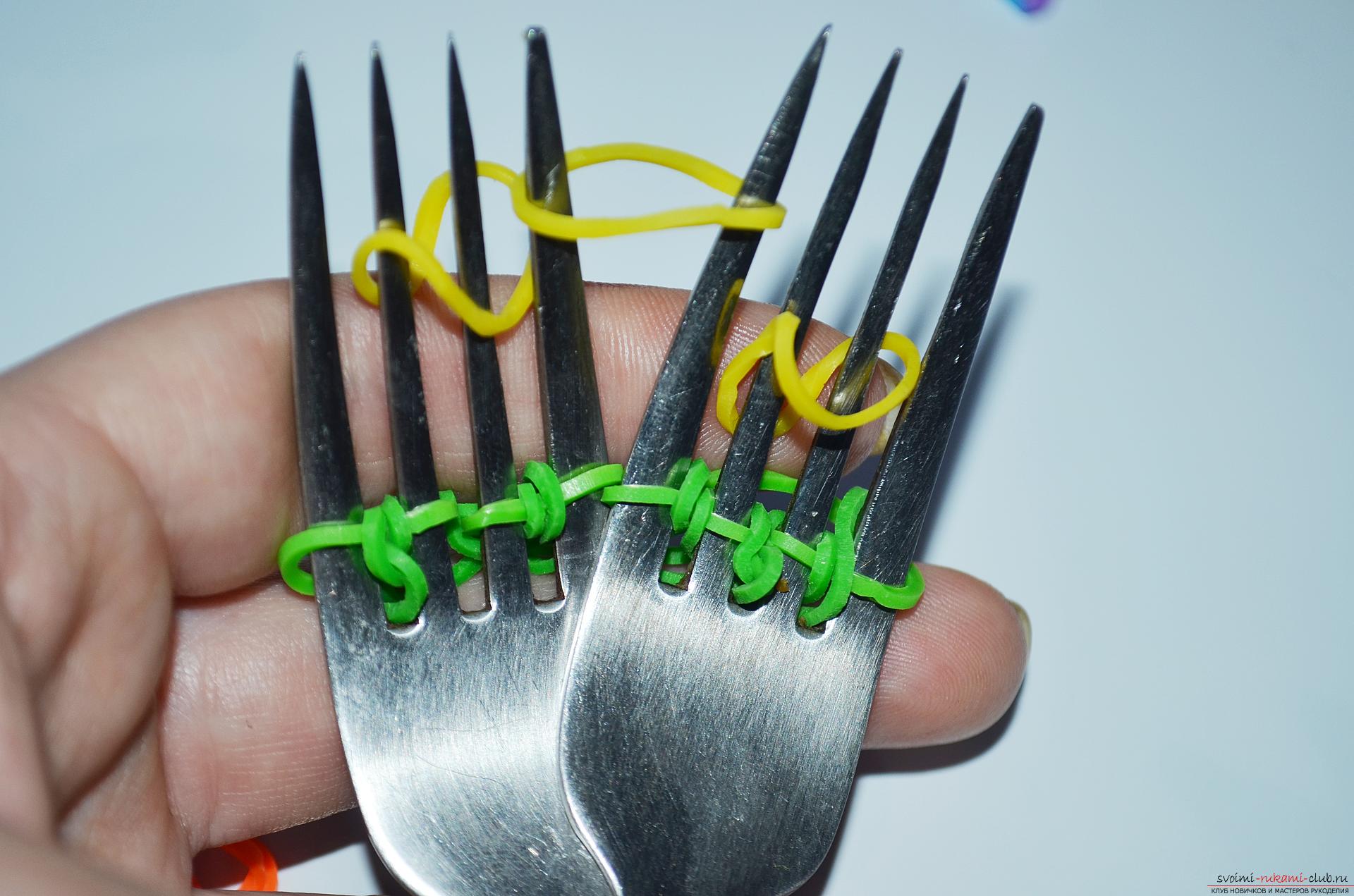 12. After the yellow color, we include orange gums in the work, from which we also weave three next rows. 13. So, alternating the colors of the rubber bands in three rows, in any sequence we like, we weave a bracelet of the desired length. 15. It remains for us to attach the free ends of the locks symmetrically to the initial loops of weaving the ornaments and we can try on our bracelet. Now you know how to weave a wide bracelet of colored rubber bands on the forks "Rainbow" and will be able to replenish your collection of rubber jewelry with a new option.