The original way to turn kitchenThe space in the luxurious dining room is offered by the designer from Amsterdam Robert Kolenik (Robert Kolenik). His idea is that in the interior there was a kitchen with an aquarium, combining kitchen furniture and ... a huge aquarium! Such a luxurious kitchen island immediatelyattracts attention. At the base of the island is a fully functioning aquarium with fish, which for impressive sizes even want to be called an oceanarium. No wonder the whole project was called "Ocean" ("Ocean"). The aquarium is crowned with a L-shaped table top, which can be easily lifted at the touch of a button so that you can take care of the fish and carry out maintenance. In addition to being a unique art-object of the interior, the kitchen with the aquarium is functional enough. The surface of the table top has three cooking zones, a kitchen faucet with a shower and a washbasin. In addition, the surface has enough working space for cooking culinary masterpieces, serving lunch or a small cocktail party. The aquarium itself has an irregular shape, on one side there is space for kitchen cabinets and the technical "filling" of the island. Dutch interior design takes the world by storm. Robert Kolenik is one of the representatives of a new generation of Dutch designers, known for their eco-orientation and innovative design approaches. Robert's versatile studio, in close collaboration with an experienced team of architects, is responsible for a wide range of projects for interiors of private houses, as well as for public buildings, restaurants and cafes. 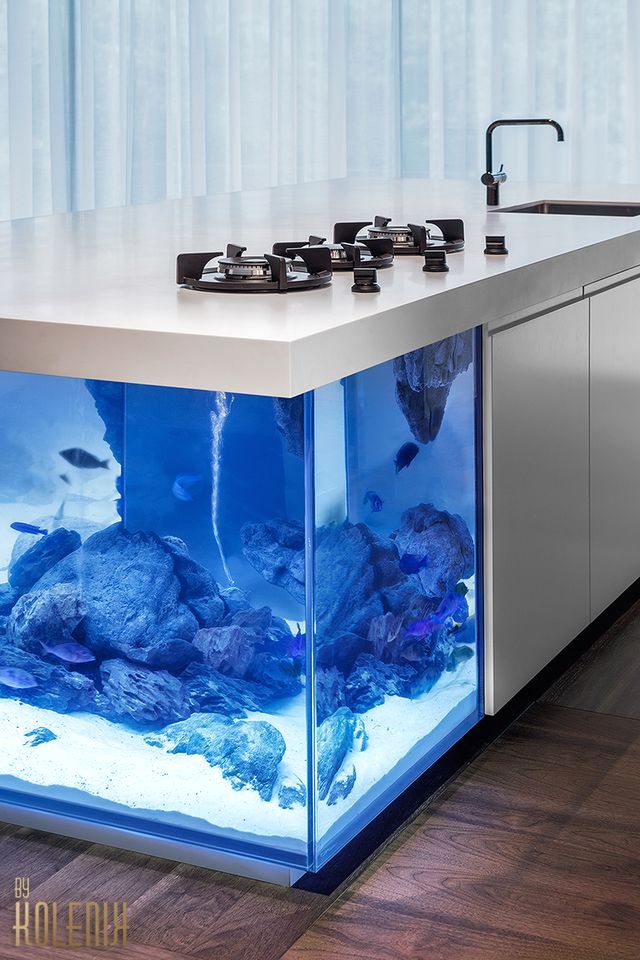