Popular styles of decoupage for needlework TechniqueDecoupage is popular all over the world and therefore, is in great demand among people who love art. And as it is supposed, every authoritative art has its own set of popular styles, which are used all over the world. To your attention is invited to the best ideas and options such styles for those who want to try something new and to recreate certain subjects in its interior, for a gift or just to learn something new. There are several popular styles for design. especially stands out the Victorian style, which originated in England and is called so for a reason. It arose during the reign of Queen Victoria, which is symbolic for the inhabitants of the country. The characteristic features of the Victorian style are the use of elements of classics and luxury. Using the furniture and the casket of dark colors of the tree, the properties of the object can be supplemented with a relief with gilding. In Style, there are dominant colors of bottle-green and burgundy colors. Also, often used cream and beige color, as well as the color of royal gold. For motifs, lush bouquets of bright colors, beautiful girls, angels are used. A particularly popular style of Victorian work is the technique of gilding. Thus, the object is given respectability and a special style. 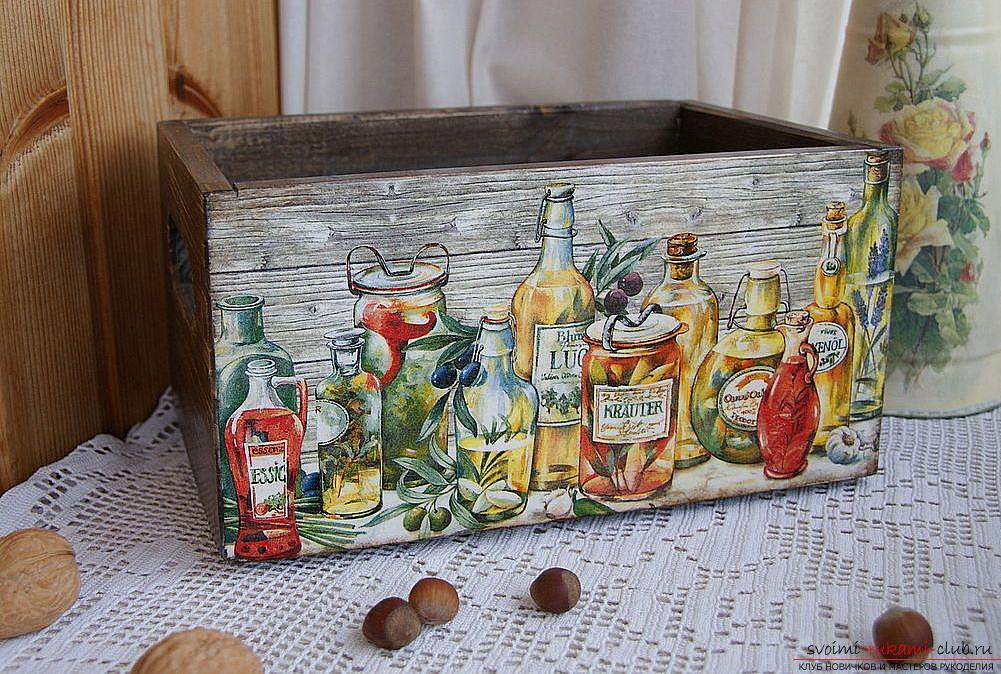 Provence style or vintage got its nickname withthe provinces of southern France. This style is special, it combines old-style vintage and elegance of appearance. This style prefers to work in a light style. Also, on the object there must be bleached surfaces creating the effect of "glare of the sun", as well as surfaces in pastel and cream color. Also for crafts, the colors of lavender and olives are welcome. The surface of the object must be uneven and worn to fully convey the aging effect. The subject is completely fulfilled with the help of this technique. 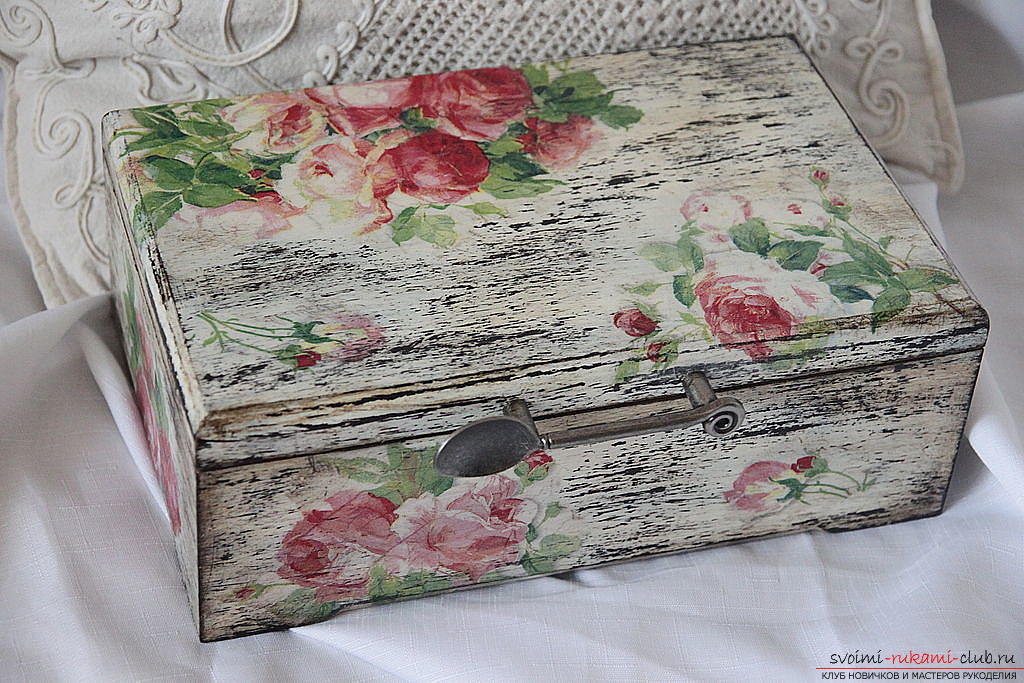 Shebbi-chic style is very popular among fansneedlework, as it conveys the style of the "shabby" kind. Shebbi-chic appeared relatively recently, in European countries in the 60-70s of the last century. The object is also expressed through an old, shabby and touched time style. Decorators prefer this style of old luxury, because with it the objects of "historical significance" are thought out. This option performs well in contrast to the new high-tech items that surround us everywhere. The variant of the shebbi-chic also prefers the use of aging techniques, to create a better effect. One of the newfangled and unique styles - SimplCity. Its name comes from the English phrase "simple, big city". He emphasizes the simple features of multitasking, simplicity and democracy. To make this style easy for everyone, as materials and methods of preparing materials are fairly simple. You can use the elements of old paper, newspapers, clippings, advertising and magazine elements. In this case, it is typical for the simp-city to use the effect of "torn edges", which clearly emphasizes the technique of decoupage. A vivid representative of the style of decoupage in the style of the simpl-city is a deco patch.

Thus, the variety and uniqueness of stylesin decoupage allows you to perform a variety of crafts. You can also highlight floral decoupage, which is popular for many people, given its simplicity and versatility. Popular styles of decoupage for needlework are always in great demand.

Technique of napkins for needlework of decoupage of beginners, lesson step by step

Style Provence in embroidery what it is (photo)

Embroidery Victorian charm: the rules of the scheme works

Recommendations for decorating flower pots with their own hands, different styles and decor techniques.