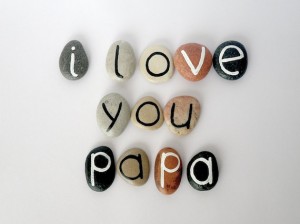 Today I will show some original ideas for(or another man, guy) on February 23 (or birthday), which you can do with your own hands without any special skill skills and expensive materials (even a child can cope). As usual, all the handicrafts are very simple in execution, their creation does not require you a lot of time and effort. Defender of the Fatherland Day is still a Soviet holiday, it began to celebrate in 1922 (in 1918, too, celebrated, but then ceased), but this day was then called "Day of the Soviet Army and Navy." Usually February 23, they congratulate the military, those who served in the army, but, as is known, do not ignore other men and boys (for example, in schools, girls congratulate classmates). You can give anything to your father, husband, friend, brother or grandfather, but the first thing they see is a gift wrap. In our master class I will show how to make a simple, it is a pretty gift package for a beloved man. See also: gift boxes with your own hands. We need an ordinary paper bag, scissors, glue, colored paper (or stickers with suitable inscriptions), buttons. First, we'll cut out the tie (you can "butterfly", you can use the usual one, as you like). Then we paste the buttons. To personalize the gift - we will make an inscription with a congratulation on the sidelines. And what a gift you can make to your grandfather,brother or father on February 23 with his own hands and put in this cute little bag? Look further: Keychain with your common memories, recorded on thick cardboard.

Or a tree with photos and congratulations, compliments to an expensive father or husband. You can compose a poem, and put it in a frame, for originality - the footprint of the child's leg. A clock with a photo of your dad (grandfather, etc.): Such wonderful gifts can be made to your grandfather, brother or father on February 23 with your own hands.

How to make a gift to mom with their own hands. Ideas for crafts for mother's day.

40 cards by own hands on February 14. How beautiful to admit to love

What can you give a guy. Ideas: a gift with your own hands.

How to make a gift with your own hands. Snowball

Crafts from plastic bottles. You can do everything yourself!